Families How to Guides

What is Sensory Processing Disorder?

SPD is when the brain finds it difficult to do its most important job, which is that of organising and responding to the information which it is receiving.

A person with SPD finds it difficult to process and act upon information received through the senses, which can create challenges in performing everyday tasks.

There are also 3 types of responses when it comes to how the brain responds to sensory input.

Hyper-responsive (also known as over-responsive or hypersensitivity) -"Sensory Avoiders" -These children excessively responsive to sensory input. The slightest movement, touch, or sound could send you or a child into a negative behavior response.

Hypo-responsive (also known as hyposensitivity) -"Sensory Seekers" - This child does not receive enough sensory input and is constantly looking for it to get to that "just-right" level of arousal. These behaviors can impact their day because they are not able to focus or attend to task until they are at that just-right level.

Under-responsive - These children exhibit diminished response to sensory input. More sensory input is needed than average in order to get a response. They can look like they are "lazy" or "tired". 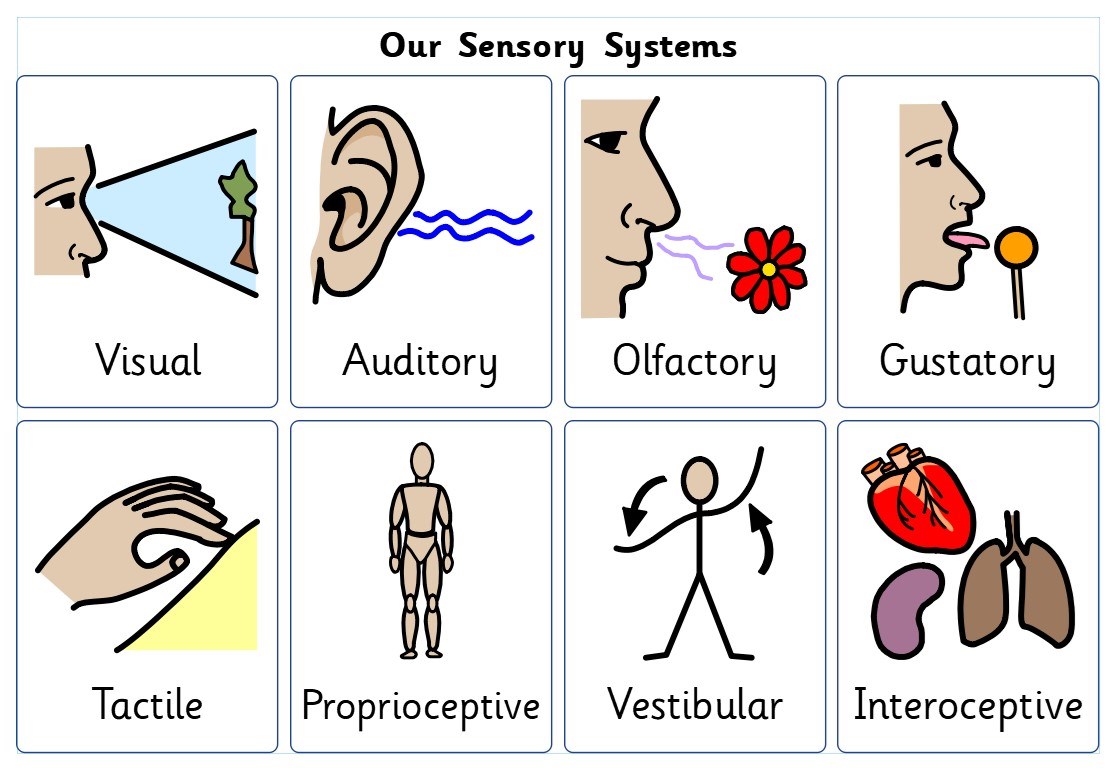 The tactile system is often the most commonly recognised sensory system of the body. It is also the one people notice most often if a child has an overactive or under-active tactile system. Anything you touch or feel is part of this system.

You may notice some of these sensory symptoms if your child has a sensitivity to touch: 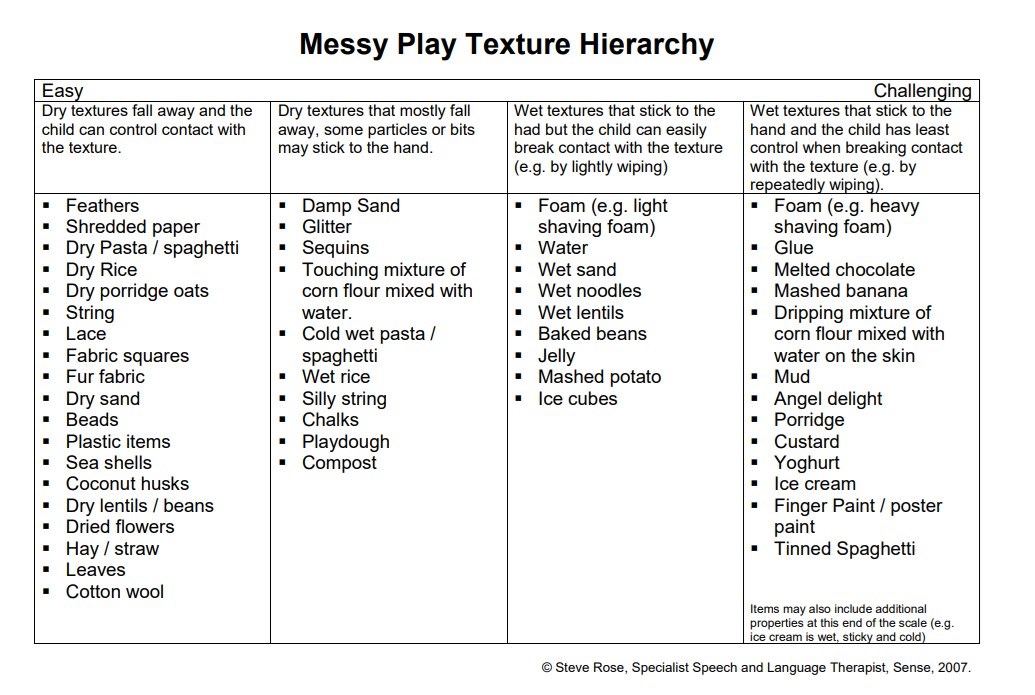 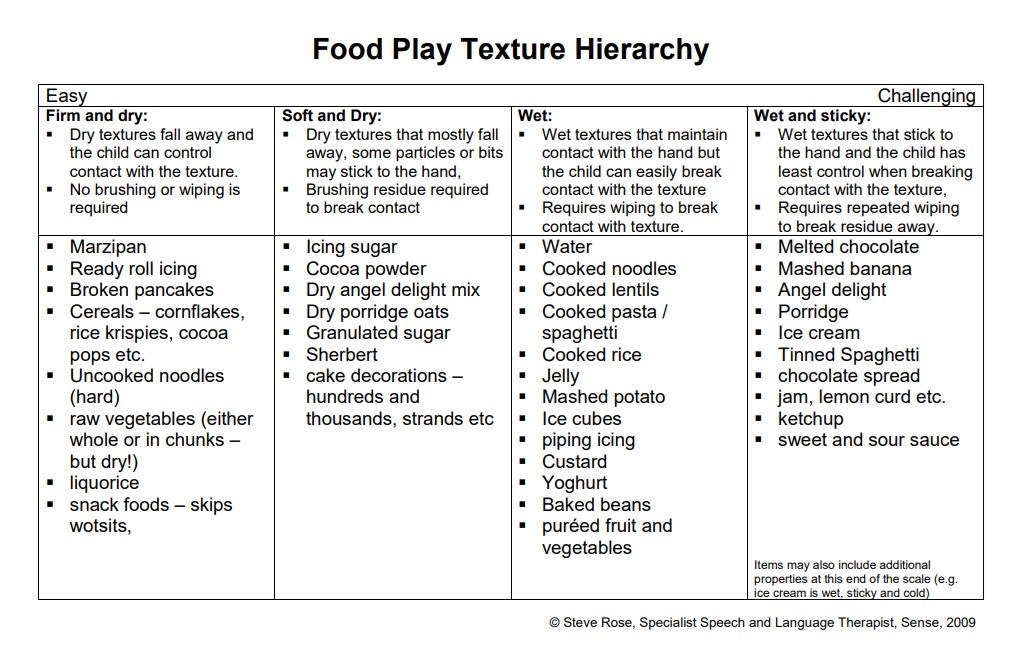 The proprioceptive system or proprioception is one of the internal senses of the body that comes from the joints, muscles, ligaments, and other connective tissue. The proprioception system allows you to know where your body parts are and what they are doing without necessarily looking at them.

The receptors are in the joints, muscles and tendons and perceive contraction, stretching, and compression.

Symptoms of proprioceptive needs include:

Find Us / Other Details